Bologna - the capital of the Emilia-Romagna region, is one of the most popular destinations in the north of Italy.

The city is an important economic and industrial center. Bologna is well known for its culture and university life, as well as for its local gastronomy. In this prosperous region is one of the largest communities of Moldovan citizens in Italy

But apart from the Bolognese and Lamborghini pasta, there is another reason why millions of people arrive every year at Bologna Airport. From there you can easily go to the famous resorts from the Adriatic Sea – Rimini, Riccione, Cervia, Cesenatico – which together form the Riviera Romagnola.

Bologna is a lively city with beautiful, young, smiling and kind people. Here you can find cozy restaurants, cafes and beautiful markets illuminated by the sunsets reflected by the brick buildings.

There is a bohemian atmosphere in the air that make you forget about daily worries and routine. It is a settled city, which allows you to breath, to live, to enjoy every moment, not just to survive.

Bologna is also famous for its culinary art “la Bolognese cuisine”, the city being also called “Bologna grassa” (fatty Bologna) for its delicious recipes. You can taste “Bolognese tagliatelle” of “Ragu”, pasta with a wonderful sauce and minced beef, pancetta, onion, carrots, celery, butter, olive oil and a dash of tomato sauce and white wine.

In addition to this delicacy, there you can enjoy wonderful recipes of tortellini and lasagna, cooked as only Italians can. 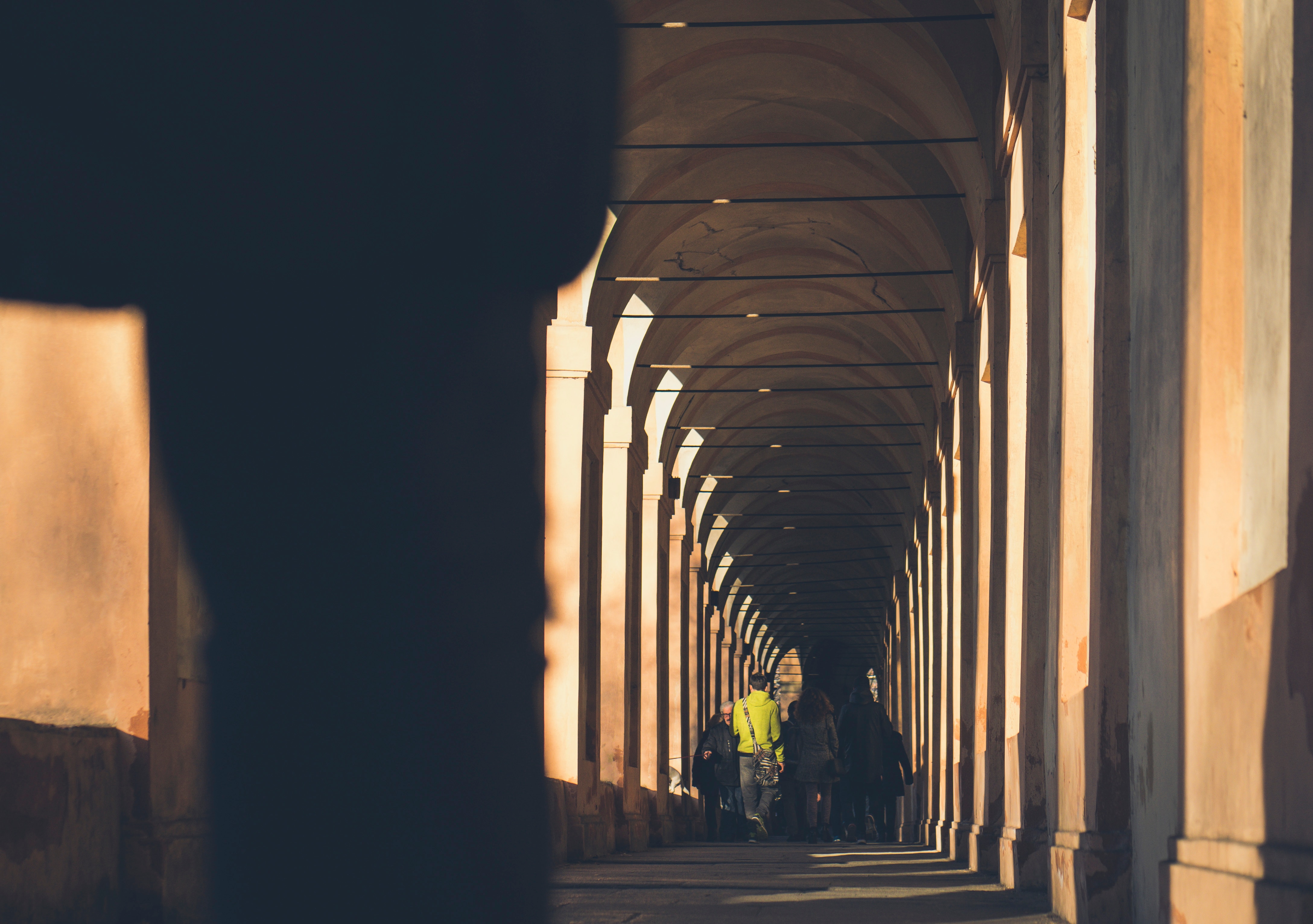 Lisbon is one of the best cities to visit, if you are looking for an amazing adventure, involving both history and culture, as well as romantic walks along the Atlantic Ocean. The capital of Portugal is indeed a special place, ideal to be explored; friendly climate, beautiful nature, nice people, good prices, a fast-growing luxury segment, beaches, restaurants and friendly atmosphere - all of these define Lisbon giving you enough reasons to spend your holiday here.

A walk through the city can start from the Baixa area (Downtown) where the Sao Jorge Castle, dating from medieval period, is located.

The elevator of Santa Justa offers a splendid panorama over the city. It was built at the beginning of the 20th century according to the architectural project of Raul Mesnier de Ponsard and Gustave Eiffel.

Other objects of interest are the Cathedral of Santa Maria Maior (Se de Lisboa), a Roman Catholic cathedral built in the 12th century; Convento do Carmo a former monastery built in the 14th century and destroyed by the great earthquake of 175 are the ruins of the original Gothic church.

As for the cuisine, the most famous Portuguese dish is “bacalao” a specialty of dried and salted cod…so the rest is the secret of the Portuguese.

Bacalao can be cooked in 365 ways, equal to the number of days in a year.

If you decide to visit Lisbon in June, be ready for the party, as the entire city is in full celebration of St. Anthony and you will find fresh delicious sardine dishes everywhere. 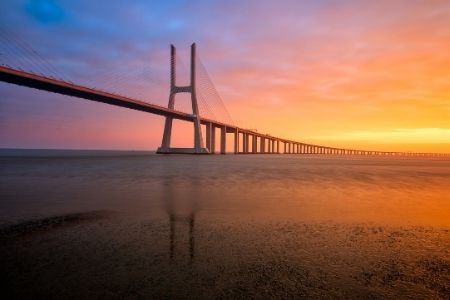 Paris is one of the most visited destinations in the world, a fascinating city where the romance, modernity and good taste are perfectly combined.

The Arc of Triomphe, the Eiffel Tower, the Louvre Museum, the Notre Dame Cathedral and the Versailles Palace are the main tourist attractions in Paris, being at the same time, the places that define French history and culture.

While strolling along the cobbled romantic streets and crowded cafes, remember that Picasso, Dali and Van Gogh once walked the same streets before painting some of the world’s great masterpieces.

The French cuisine is known as fine taste cuisine. No matter if you decide to eat at the restaurant or you just go and buy food in small shops, you’ll have the opportunity to enjoy croissants, chopsticks, cheese and parsley ham.

In Paris it is simple to be active – you can rend bicycles on short or long routes using a card, and then leave them in specially arranged places. While cycling, we recommend to rest in the park a little or on the banks of the Seine, to enjoy the nature and the surroundings.

Champs-Elysees Boulevard is the ideal shopping place, being famous for its shops and boutiques, but also for the numerous theatres and galleries of contemporary art.

Paris offers a wide range of accommodation options: from the most luxurious 4 and 5 stars hotels to the 2 star hotels or even hostels. Guest houses and apartments decorated in the old Parisian style are a suitable option for the tourists who want a cheaper accommodation. 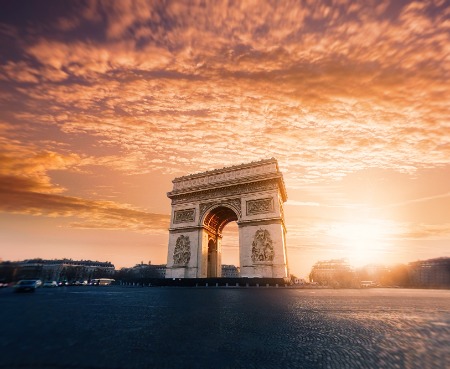 The capital and largest city in the United Kingdom (UK), London is an international centre of culture, music, finance, and trade. Officially settled in 43 AD, it is the world's most visited city for international tourists. Book your flight to London with Blue Air and witness the grandeur of Britain’s palaces.

Do not miss going to Buckingham Palace, the queen of England's London residence. During the summer months, you can tour the palace and see how the UK's royal family lives. Take a ride on the London Eye and view the city from the world's fourth-largest observation wheel. Visit the ravens and see the crown jewels at the Tower of London, one of the UK's most prominent historical sites.

Stroll around Piccadilly Circus, famous for its neon displays. Then venture into the West End and explore its many shops and boutiques. For a savory break, stop by a cafe to try a sticky toffee pudding. 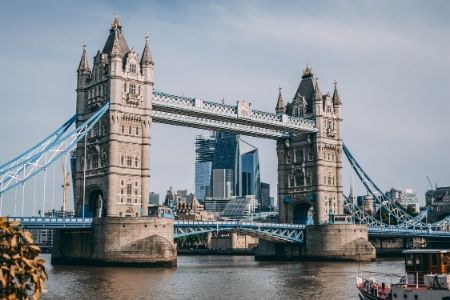 Book tickets to Dublin and you will discover an extraordinary city, where you will receive a warm welcome, listen to live music, visit historical objectives and enjoy the green spaces. The capital of Ireland is big enough to get lost, but small enough to manage to visit the places of interest on a weekend.

Whether you are interested in visiting cathedrals or churches, wander around Georgian squares and museums, or drink a beer from the famous assortments, you will notice that Dublin and its locals charm all the visitors.

Dublin is a small city, you can walk through it in one day. The weather there is very unstable, that’s why you should have in your travel bag different clothes. Even if you visit Dublin in summer, you should have a waterproof vest with you, in case it rains. Don’t forget to take an adapter for three-pin sockets and a smarthphone charger to immortalize all the beautiful moments.

You can indulge in savory dishes such as Irish stew, smoked salmon, Dublin Bay shrimps and traditional fish and chips. In the country of black beer, a big mug of stout beer is always a good idea 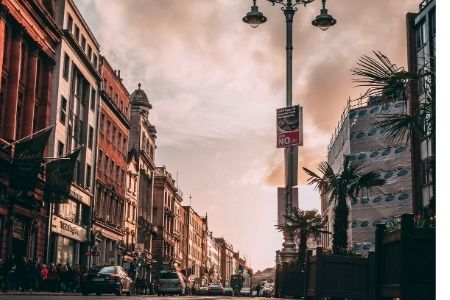