HiSky will operate flights with the newest aircraft in Moldova

HiSky is the partner of one of the most important investors in aviation worldwide. It’s Air Lease Corporation - one of the world's largest aviation leasing companies, with an investment portfolio of over $ 22 billion.

The contract involves dry lease purchase of an Airbus A320 aircraft, assembled in 2010. The aircraft (with registration number MSN 4493) will be the newest air transport unit used by air operators in Rep. of Moldova.

“We will partner with as many important investors as possible, so as to bring Rep. of Moldova closer to the countries sought for the development of international affairs," says Iulian Scorpan, HiSky General Manager.

The plane MSN 4493 is at the preliminary preparation stage for delivery. It will be painted in HiSky colors, and will arrive in Chisinau in July.

"We are pleased and eager to make a modern, environmentally friendly and high-safety aircraft available to passengers. Our goal is to provide passengers first and foremost with safety and comfort, " says Iulian Scorpan, HiSky's General Manager.

The representatives of Air Leave Corporation also express their joy for a first collaboration in Rep. of Moldova.

“ALC is pleased to announce the signing of the A320 lease agreement by HiSky Moldova. We have known for many years the executive team that is now at HiSky and we are honored to participate in the launch of this airline, giving them their first aircraft," says David Beker, Vice President and Head of Aircraft Sales & Trading at Air Leave Corporation.

HiSky launched in February 2020, and will operate flights to six destinations in Europe – London (UK), Dublin (Ireland), Lisbon (Portugal), Paris (France), Bologna (Italy) and Dusseldorf (Germany). HiSky services are found in four fares: basic, classic, premium and premium plus. The flights will be operated from July 1.

Air Lease Corporation (ALC) is an American leading aircraft leasing company principally engaged in purchasing commercial aircraft through direct orders from Boeing, Airbus, Embraer and ATR, and leasing them to airlines around the world. The company invests in the most modern, fuel-efficient technology aircraft to reduce their environmental impact and modernize the world's fleet in the future. Air Lease Corporation is guided by the highest standards and opts for business with companies with the same standards. 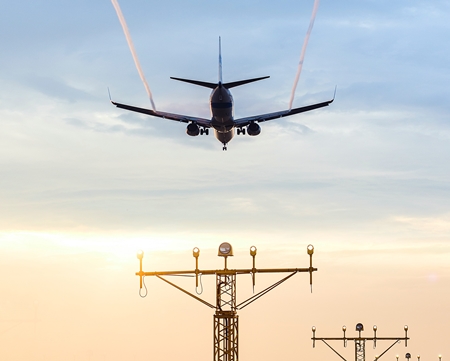