HiSky was certified in Romania

HiSky has become the newest airline in Romania. On December 11, 2020, the Romanian Civil Aviation Authority issued the air operator certificate (AOC) to HiSky Europe company. The Romanian AOC (number RO-074) is the proof that the HiSky project has big plans for the coming years and that it was not discouraged by the Pandemic.

In addition to obtaining the Romanian AOC, HiSky is the first Romanian company certified with Part CAMO after the new legislation entered into force at the end of September 2020. This involves a certification procedure made in accordance with the latest European rules in the field of civil aviation.

The process of obtaining the Romanian AOC was launched in the summer of 2020 and, according to the procedure, lasted several months.

We remind you that HiSky has announced contracts for the dry-lease acquisition of two Airbus aircraft (average age: 15 years), partnering with Air Lease Corporation - a leading company in the aviation leasing market, with an investment portfolio of over $ 22 billion.

In the following period, HiSky company will start to sell tickets and will officially announce the routes it will operate, and also when the commercial flights will start.

HiSky was certified as a Moldovan air operator in January 2021 (AOC number MD-025) and as an European air operator - in December, 2020 (AOC number RO-074). HiSky provides passengers with tickets from Cluj, Iasi and Chisinau and operates regular and charter flights to several major destinations in Europe, Asia and Africa. The full list of services the company provides or any other information about HiSky can be found on the website www.hisky.aero. 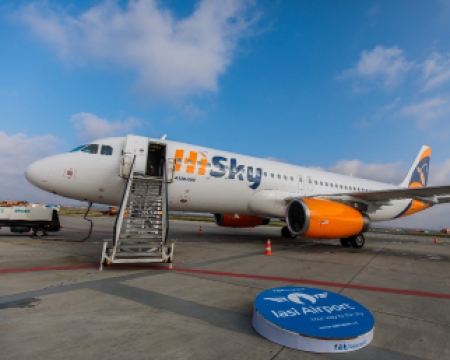