HiSky’s fleet grows. It was completed with a new purchased aircraft.

HiSky announces its second contract with the American company Air Lease Corporation - a leading company in the air leasing market, with an investment portfolio of over $22 billion, the contract that presumes the dry-leave purchase of a new aircraft in the HiSky fleet. The A319-131 type of aircraft was assembled in 2004 and will land in Chisinau in September.

"We are very pleased with the opportunities that our good relationship with Air Lease Corpora-tion offers us, and proud of the fact that we attract large-scale investments in Moldova. A new aircraft gives the possibility to operate more flights. This means that we will soon be able to an-nounce the launch of new flights and I am convinced that passengers will receive this news with great joy", says Iulian Scorpan, HiSky General Manager.

At their turn, Air Lease Corporation hopes that the relationship with HiSky will materialize in even more such acquisitions.

"ALC is happy to announce this new lease with HiSky Moldova. We were impressed by the busi-ness plan behind this new Moldovan airline and we are honored that we provide them with the first aircraft - the A319 and the A320, so that they could launch their airline this summer. We look forward to expanding our relationship in the coming years," says David Beker, Vice Presi-dent and Head of Aircraft Sales & Trading at Air Lease Corporation.

We mention that the first contract between HiSky and Air Lease Corporation involves the dry lease purchase of an Airbus A320 aircraft assembled in 2010. The aircraft (with the reg-istration number MSN 4493) will be the newest air transport unit used by air operators in the Republic of Moldova.

Therefore, HiSky becomes the operator with the youngest fleet in Moldova, the average age of aircraft being only 12.5 years.

HiSky launched in February 2020, and will operate flights to six destinations in Europe – London (UK), Dublin (Ireland), Lisbon (Portugal), Paris (France), Bologna (Italy) and Dusseldorf (Germany). HiSky services are found in four fares: basic, classic, premium and premium plus. The flights will be operated from July 1.

Air Lease Corporation (ALC) is an American leading aircraft leasing company principally engaged in purchasing commercial aircraft through direct orders from Boeing, Airbus, Embraer and ATR, and leasing them to airlines around the world. The company invests in the most mod-ern, fuel-efficient technology aircraft to reduce their environmental impact and modernize the world's fleet in the future. Air Lease Corporation is guided by the highest standards and opts for business with companies with the same standards. 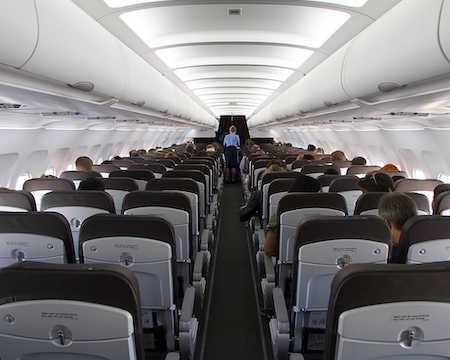