Frankfurt is the 4th largest city in Germany, a beautiful metropolis, which is famous especially for its ultra-modern buildings but also for many events that people enjoy. Frankfurt can be considered an important connecting point, as the busiest airport in Germany is located there. The city is also a financial center, being the headquarters of the European Central Bank and the German Stock Exchange.

Beyond these things, Frankfurt remains a city of contrasts. Businessmen, students, bankers, ordinary people live in a city where skyscrapers among with the old, well-preserved buildings are in perfect harmony. The well-known German motorways and railways intersect, being an advantage for the approximately 650,000 people who commute daily to reach different areas of the city. Many foreigners have noticed the beauty of the city and the opportunities it offers, so they chose to live in Frankfurt to enjoy a quiet and carefree life. About 40% of the inhabitants of the metropolis are foreigners and do not even have German citizenship.

The best time to visit Frankfurt is between the beginning of spring and the end of autumn. During this period, the temperatures are pleasant and easy to bear, not exceeding 25 degrees Celsius. Of course, there are very hot and canicular days when the thermometers show up to 35 degrees Celsius. Winters are cold and rainy and you will certainly not be able to fully enjoy your holiday in Frankfurt. Here, it snows very rarely, so there is little to no chance of seeing snowflakes.

Throughout the year, many events take place in Frankfurt that culminate with spectacular fireworks. Frankfurt is a young, lively city where people love to party until late at night. As expected, the parties in the city would not be the same without the best quality German beer. You will have to get used to it and have fun in the style of the inhabitants, but you will go home with unforgettable memories.

To sum it up, Frankfurt is a beautiful city and no extended vacation would be enough to admire the full beauties of the metropolis. Every year, over 3 million foreign tourists visit Frankfurt. 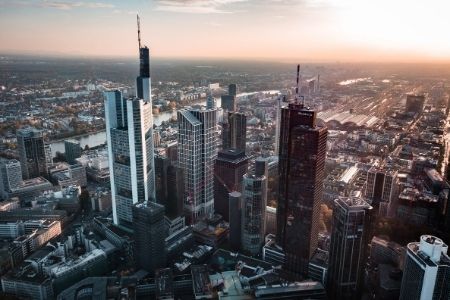